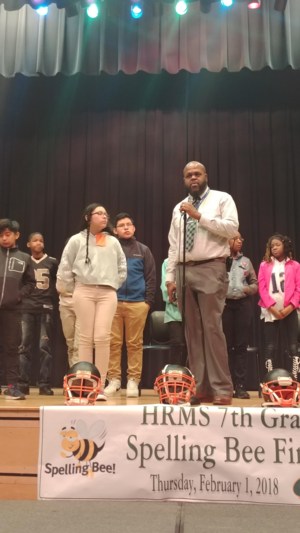 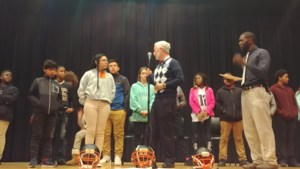 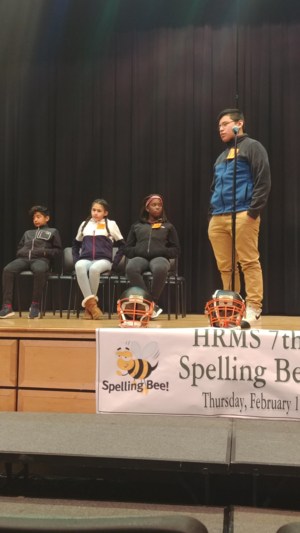 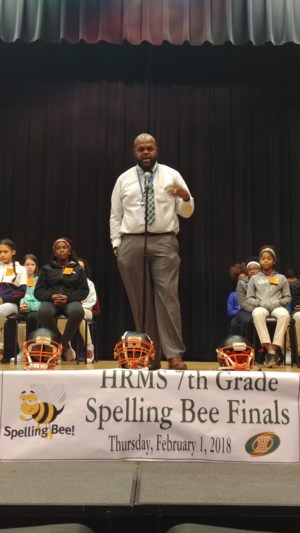 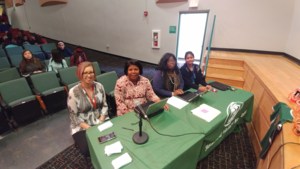 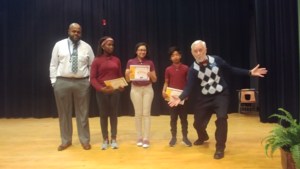 Thirty spellers went through three vigorous rounds until Johana Trejo Salinas was able to surge ahead of the pack and be crowned the First Ever Seventh Grade Spelling Bee Champion! Jorge Martinez placed second and Jameelah Bright third.

Most of the Spellers were excited about taking part in the competition and so were the teachers who served as judges. They shared what a great experience it was and most students shared, "I felt so smart spelling up there on stage!"

Principal Baines also expressed how delightful he was to have been on board with such a great academic activity and expressed that the school will be in full support of events such as these. Next year will be even greater as we will crown a new Spelling Bee Champion.